In 1985 the Nouveau Nihilisten were found by Martin Helm, Let Bijkersma and Sonja van der Burg. Together we created drawings, paintings, stories, films and performances.

Performances were presented in Amsterdam (Schottenburgh), The Hague (Kijkhuis) and Arnhem (Gele Rijder), films and video’s were shown in The Hague, Amsterdam and Denmark, exhibitions amongst others in The Hague, Rijswijk and Ruigoord. Occasionally we worked with other artists like Anna Banana from Canada.

Yet another way of expressing ourselves was through sumultaneous writing short stories which were afterwards mailed to a couple of magazines.

Thru a mail-art construction an audiotape was made by Martin as an interaction between artists. The tape was called SONG.

Title of works on video:

Envelop in Time, Ceci nést pas un video, Each picture jumping closer, Hinterscreen Revisited, Every Mask Will Be Famous, A day on the Waterways, We want Moore … 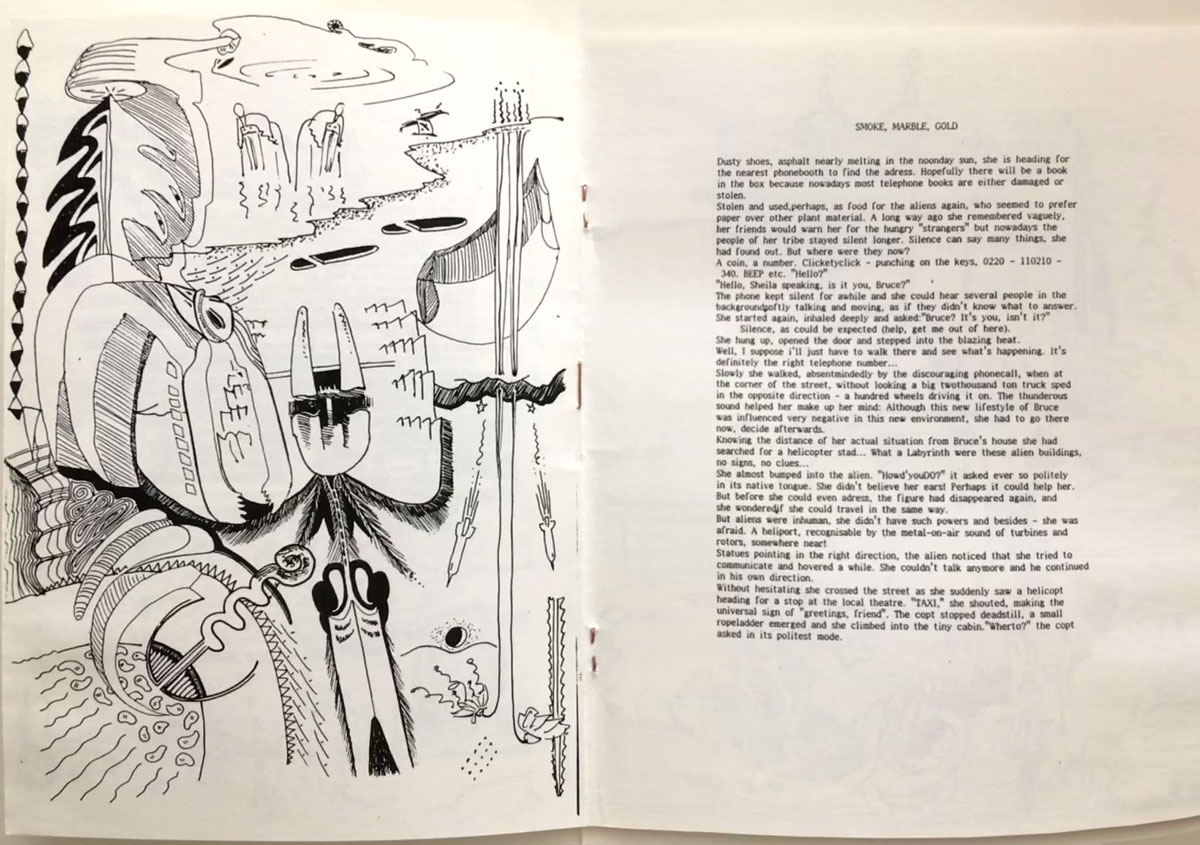